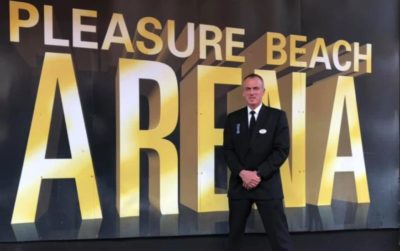 David first stepped foot (or should that be skate) in the Arena at the age of just 9 years old and became an ardent fan of the venue and of ice skating.  He started working backstage at the Arena aged 16 for the Hot Ice Show, before transferring to the front of house, to work in a variety of roles.

David’s first promotion was as Patrons & Entertainments Supervisor. He honed his customer service skills in this role and learnt how to look after visitors and make sure that each and every one had the best experience possible.

David is now General Manager of the Arena & Globe but amongst his many responsibilities, he can be seen driving the Arena’s Olympia Ice Resurfacing machine, making sure the ice is resurfaced to the highest standard for the daily public skating sessions and any performances.  His commitment to excellence in this area has resulted in Pleasure Beach Arena being named best ice surface to skate on in the UK an amazing 3 times, something David is extremely proud of.  David has also been named the UK’s favourite ice rink manager twice.

Having worked at Pleasure Beach Arena for 40 years, David has met thousands of visitors and still strives to learn names and greet guests when they arrive. David’s favourite thing about working in tourism is the people.  Over the years he has welcomed visitors from all over the world, many returning time and again, with some telling him that they remember him when they used to skate at the Arena as a child.

The highlight of David’s year is helping to organise the Blackpool Ice Skating Festival which has been running for 52yrs.  He particularly enjoys welcoming competitors and coaches from around the country, many of whom return to Lancashire each year.

David is thrilled to be nominated for Tourism Superstar of the Year and wants to thank all those who have worked with him over the years for their support. 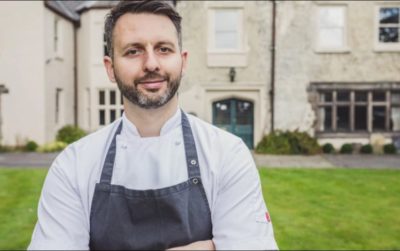 Chef Mark Birchall was born in Chorley, where he trained at Runshaw College. His nomination as Tourism Superstar comes as recognition for his championing of the county and the creation of a nationally recognised gourmet destination for Lancashire.

During his 20+ years of experience he has been Executive Chef of 2 Michelin Star L’Enclume in Cumbria, and won the Roux Scholarship in 2011, the premier competition for chefs in the UK. He also worked at El Celler de Can Roca, Girona, a 3 Michelin Star Restaurant owned by the Roca Brothers, twice voted the world’s best restaurant.

In 2015 Andy and Tracey Bell acquired Grade II listed Moor Hall in Aughton and together, with friend and business partner Mark Birchall, transformed Moor Hall into a beautiful restaurant with rooms. The creation of his own Lancashire-based restaurant was a labour of love for Mark and his wife Jennifer, who works alongside him.

Since opening in March 2017 Mark’s talent in the kitchen has brought Lancashire food and drink to greater national attention, winning a first Michelin Star in October of the same year. Just a year later he was celebrating a second Michelin Star – making the hitherto quiet rural town of Aughton in Lancashire, one of the most desirable destinations for lovers of fine dining and unique gastronomic experiences and attracting visitors from all over the world. The accolades continue to flood in and in June this year, Moor Hall was crowned number 1 restaurant in the UK, an award judged by 200 experts including food writers, chefs and restaurateurs.

Mark and his team at Moor Hall have without doubt helped put the spotlight firmly on Lancashire as the place to visit for culinary excellence and added great weight to the county’s flourishing food and drink scene.  A champion of Lancashire food and drink throughout his career, Mark creates delicate produce driven menus inspired by Moor Hall’s exceptional surroundings and homegrown ingredients – wherever possible grown in Lancashire soil on the 5-acre Moor Hall site or from suppliers close-by.

Kath is a driving force behind eco-tourism in Lancashire. Her passion is educating and inspiring visitors from across the world to support bees and our environment. Her goal is to make Lancashire the home of ethical and sustainable beekeeping in the UK.

As head Bee-keeper at The Bee Centre, Kath delivers their award-winning Bee Experience, which is, according to customer feedback, outstanding. This unusual, memorable and educational event provides a 90-minute immersion into the world of the honeybee. Kath takes smalls groups of visitors into the apiary and helps them to get up-close-and-personal with the bees.

Kath works hard behind the scenes to maintain a very high level of knowledge and expertise. This, combined with her ability to uniquely tailor each delivery to her audience, ensures she can engage with and enthuse visitors of all ages, cultures, backgrounds and levels of physical and learning ability. Her goal is to ensure that every visitor receives a memorable, enjoyable and educational experience with that ‘wow’ factor. Her reputation attracts visitors from as far afield as Hong Kong, the USA, the Middle East and even Yorkshire!

The beekeeping courses which Kath also runs are highly regarded and sought-after. They attract visitors from across the UK.

Kath is committed to developing and strengthening the Lancashire economy. She has forged partnerships with a wide range of Lancashire businesses to create mutual economic, environmental and social value.   In 2019 Kath promoted Lancashire in London at the 30th-anniversary celebration of the VisitEngland Awards for Excellence. She also travelled to Stockholm to promote a tourism initiative encouraging Scandinavians to visit Lancashire.

Nigel has been involved in Blackpool tourism for as long as he can remember. He first dabbled as a young boy ‘helping’ his parents following their purchase of the Elgin Hotel in 1969. He then joined the hotel in an official capacity at the age of 21 and the rest is history…

With a real belief in Blackpool and Lancashire, Nigel has worked hard over the years to develop a business that provides a fantastic customer experience for all. He has also supported Blackpool Illuminations and, in more recent years, introduced a company-wide scheme which encourages staff members to contribute to the local community by undertaking voluntary work.

Although Nigel certainly plays his part in running both the Elgin Hotel and Hotel Sheraton, he is adamant that the hotels’ successes are very much a whole team effort. He was not at all aware of his nomination for the Tourism Superstar award and was initially reluctant to step into the limelight. However, he is spurred on by the fact that a win in this category would actually be testament to all the hard work that Team Elgin and Team Sheraton put in day-in day-out behind the scenes, to contribute to tourism in Lancashire – he just sees himself as a representative of the hotels.

When he’s not working Nigel loves spending time with his family, walking, scaling mountains in the Alps, watching the action at Lytham Cricket Club and you’ll more often than not see him enjoying a pint with friends on a Friday night. 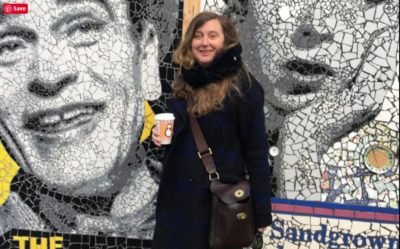 Vanessa is Chair of Early Film and Popular Entertainment at the University of Sheffield but more locally known in her home town of Morecambe and adopted town of Blackpool as Professor Vanessa.  From her early background on the Winter Gardens Fairground in Morecambe which was operated by her family to her work as a historian of entertainment her love of the seaside is manifest through her work.  Her passion for seaside towns led her to work for seven years in Blackpool as Creative Producer of Showzam Blackpool Festival of Circus Magic and New Variety where she brought back the sideshows, instigated Showzam Central as a free attraction for thousands of locals and holiday makers alike and set up the celebrated Carnival Ball in the Blackpool Tower.

Her work as a historian led to international recognition for the iconic Blackpool Winter Gardens which was the subject of the first of her four books on Blackpool’s unique heritage and cultural attractions – followed by the Pleasure Beach, Blackpool Tower and the Illuminations.  Over the past year Vanessa has returned to her seaside town to become Chair of the Winter Gardens Theatre in Morecambe and with the Friends and the Trustees instigated a series of changes which is transforming the building which this year alone has attracted 20,000 visitors, showcased events and partnered with Vintage by the Sea and Eden North.  A true ‘sandgrowun’ Vanessa has been nominated as Tourism Superstar for championing the importance of Lancashire’s fantastic coastal towns – highlighting the beauty, talent and history of the seaside and seasiders through her writing, TV appearances and hands-on support.

Previous winners of this award:

Find out how you can be part of the Lancashire Tourism Awards 2019.

Tickets are now on sale for the Lancashire Tourism Awards 2019

The Winners of Lancashire Tourism Awards 2019

Lovely catch up with VisitLancashire Partner Erica, at Brickhouse Cottages & Lakeside Bistro this morning, thanks for the tour @BrickhouseCott #LTA19

Lovely surprise email over Christmas when we received three awards from Restaurant Guru! 🥂 Looking forward to seeing you all again from Wednesday when we reopen refreshed and raring to go. Its going to be another exciting year 😊